Gore Vidal, R.I.P. (Although I Doubt It)

Were he still alive, I would tremble at the idea of writing an appreciation of Gore Vidal.


However, as the famous author died at age 86 Tuesday night in California, I guess the only risk I run in doing so is that he would haunt me for my audacity.

And, although I feel sure that idea would appeal to him, and me as well I suppose, I doubt he would consider me worth haunting.

His list of potential hauntees, if he bothered to have one, is undoubtedly long and filled with much more interesting people.

Besides, he was not fond of fools.

So I'll begin by foolishly confessing that I had no real idea who he was, and more importantly what he represented in the broader American context, when I first read one of his books.

I was in college and had taken, on a lark, a course called The History of New York City, a course, I might add, that I wish I could take all over again and hope to re-live in lengthy detail whenever I finally screw up the courage to read "Gotham."

The book, assigned no doubt to give a background sense of what colonial New York City was like, was "Burr."

Immediately, I was hooked on it all: early American history; historical fiction as a way to flesh out the dry dates and times style of history I was taught in public school; and on Gore Vidal.

I won't pretend to have read all 25 of the novels he wrote.

But as I sit in my un-air-conditioned attic office typing this Wednesday night and waiting for the storm to arrive, I look to my right and see sitting on one of many book shelves most of those novels of the "Narratives of Empire" series he wrote haphazardly over the years -- a series that all began with "Burr."

I read them as haphazardly as he wrote them.

The clever string tying them all together was the manner in which the Schuyler family and its descendants always managed to be at crucial turning points in history, either as personal secretaries, lovers or historical figures in their own right.

Appropriately, as someone who was himself both witness and participant in history, he even wrote himself into two of them.

He also did not write them in chronological order.

I say sadly because while the novels helped illustrate the short arc of American history, one always read them with the premonition that it would all be for naught; that in the author's view the great American experiment would be squandered. 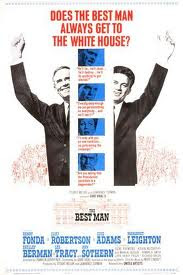 This is only proper I suppose, because this was Vidal's view, which he would insightfully and acerbically proclaim to anyone who would listen.

He said it on TV, in elegant essays and even in plays.

I am pleased to see that the Colonial Theater in Phoenixville will show the film made from his play "The Best Man" on Sunday afternoon, Aug. 19.

With Henry Fonda and Cliff Robertson competing in a fictional presidential race filled with deep, dark secrets, it's showing is perfectly timed and I'm sure Vidal would have loved the timing too. 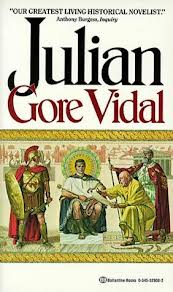 I did read and enjoy a few of his other works, "Creation" and "Julian," which gave me a taste for, and an appreciation of, ancient history as well.

"Julian" in particular, about the Roman emperor after Constantine who tried to convert the empire back to pagan religion from Christianity, was particularly interesting.

I also read the strangely alluring "Smithsonian Institution," an oddly science fiction-like text that made me wonder if Vidal intended to mine each and every national institution for its fictional potential.

"Myra Breckenridge" also sits on the shelf, waiting to be read.

For me, thinking about Gore Vidal always be about the book.

It will not be about his famous feuds, with William F. Buckley, Norman Mailer or Truman Capote.

I will not think about his two runs for office or his masterful dismissal of his sexuality as irrelevant.

Described in his New York Times obituary as taking the greatest of pleasures in being a public figure, I will leave that Gore Vidal to those who know how to appreciate such class, sophistication and wit in its own right. (In the unlikely event I was ever at a high society event with him, I have no doubt I would become a bore with each additional cocktail.)

Consider the list of masterful insults that was immediately published with news of his passing:
And what kind of newspaper man would I be if I didn't end with this nugget?
He was famous for being famous and, as a lover of "snark," I bow to the master.

We don't make people of such fearless perception any more; or at least we don't appreciate them. I leave this Gore Vidal to history.

Instead, my little sliver of Gore Vidal simply will remain a personal history; the memories of myself sitting in a chair, coming to understand how history is trends, how history is environment, how history is circumstances beyond any one person's control and the ultimate proof of the law of unintended consequences; and how, most of all, history is people -- and Gore Vidal understood people very well.