What Do Girls Think?

It would not be hard to make the argument that Stephen Hawking is among the smartest human beings on the planet.

But when asked recently what, if anything, he did not understand, Hawking's answer was both simple and understandable -- "women."

It is with this in mind that the Pottstown YWCA, which has declared 2012 "The Year of the Young Woman," has set a series of talks called, appropriately, "Girl Talk Series."

"Do you know what today's girls are really thinking about? Do you really know what is important to them? Do you know how they see their future?" asks the flyer announcing the series. 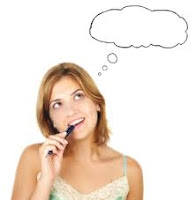 It is geared toward helping women and girls bridge the generation gap that separates them.

The program, which is free with a reservation made by calling 610-323-1888, will feature an "insightful panel discussion including younger and 'seasoned' women."

The other subjects to be covered in the series are as follows:

For more information about this and other programs at the YWCA, go to their web site at: http://www.ywcatricountyarea.org/
Posted by Evan Brandt at 6:51 PM