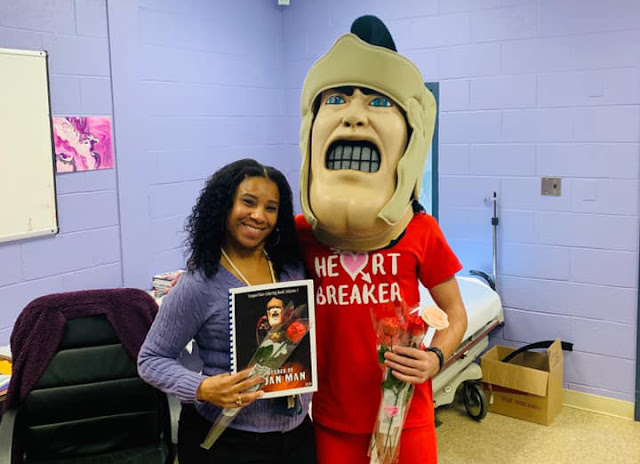 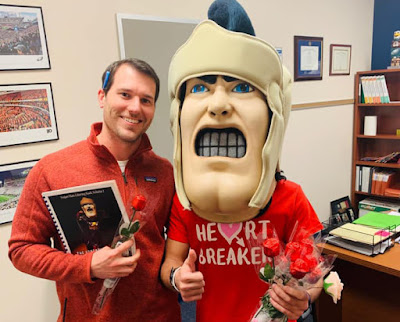 Blogger's Note: The following was provided by the Pottstown School District.

As is so often the case, Pottstown's Trojan mascot (actually several students) decided on his own take for a special occasion, in this case, Valentine's Day. 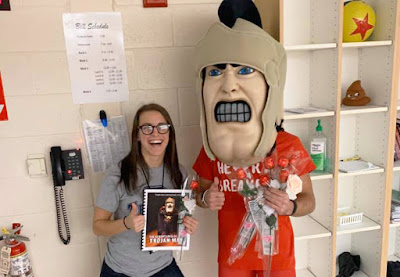 Trojan Man Jon was busy today spreading love and joy as he delivered 12 chocolate flowers to 12 faculty and staff members, chosen by the Trojan Man.

Each staff member also received their own copy of "The Adventures of Trojan Man," personalized and autographed by Trojan Man himself.

After delivering his gifts, Trojan Man Jon also spent with the entrepreneurship program who were selling roses and candy in the cafeteria. 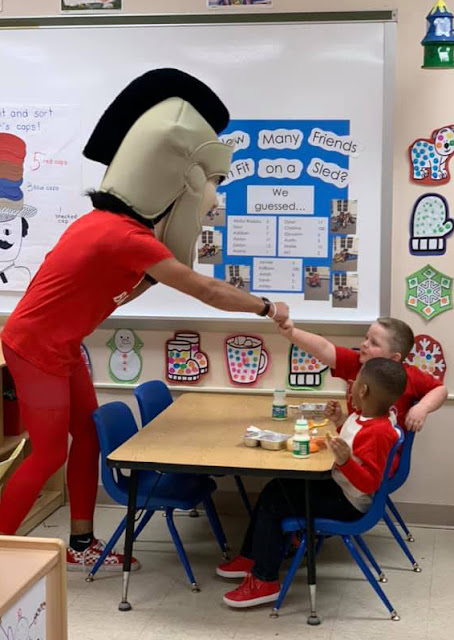 Evidently, Trojan Man can be a great marketing tool.

To end his day, Trojan Man Jon visited his friends in the Pre-K Counts classroom at the high school for a quick hello during their lunch time.

He's "Making the World a Better Place, One Trojan Man at a Time."
Posted by Evan Brandt at 12:00 AM