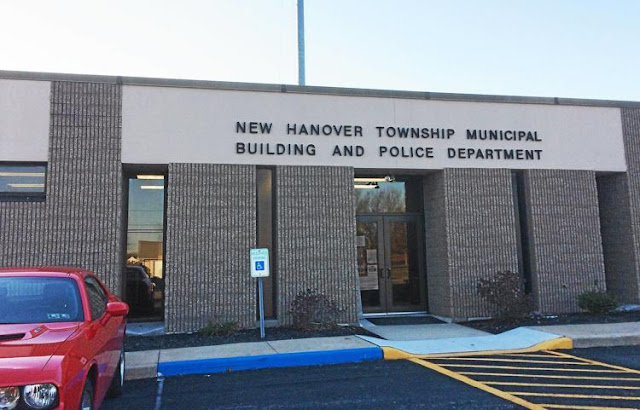 For the 15th consecutive year, New Hanover township's annual budget of about $12 million will not raise taxes.

It's also significant to note that taxes were reduced by 5 percent in 2019, an uncommon achievement.

"At the current tax levy of 1.587 mills, real estate taxes for a home assessed at the average assessment value of $152,334 would pay $242 per year, or about $20 per month for Township services." according to information posted on the township website.

The budget does not call for any new positions.
That $12 million figure includes the general fund, as well as other costs such as the sewer fund, parks and recreation, fire protection, transportation impact, liquid fuels (or highway) capital projects and open space.
The township post breaks the budget down as follows:

During the township supervisors meeting Nov. 10 when the board voted to advertise the budget, as required by law, Township Manager Jamie Gwynn noted that the township's general fund expenditures in 2020 total $3.66 million, or approximately $200,000 under budget.

The 2021 general fund budget will start with $1.9 million in surplus, or "fund balance."

Contributing to this is the fact that estimated general fund expenditures in 2020 total $3.66 million, or approximately $200,000 under budget.
The single largest expense in the general fund is the police department, which comprises fully half that budget.
On the revenue side, Gwynn told the supervisors that earned income tax revenues are doing particularly well. the township levies a 1 percent earned income tax, which it splits with the Boyertown Area School District.

Earned income revenues will take on increased importance given that, according to what Gwynn told the supervisors, "next year is the last year we expect to see major development in the township. For the last several years, we've been averaging between 60 to 100 homes a year," which provides a growing property tax revenues.

As with nearly all municipal budgets, the largest single expense is people, their salaries, health care and insurance costs. In New Hanover, those costs represent 28 percent of all appropriations, according to the township's information.

The budget is also the guideline for capital projects and includes a 10-year capital budget for road, parks and recreation as well as general expenses.

For example, capital appropriations under the capital reserve fund include funds for an architect, civil engineer, construction management, financial advisor and for other costs associated with the township's $4 million plan  to renovate the existing township building on Route 662 and the recreation center on Hoffmansville Road.

The township building will then be devoted entirely to administration and the recreation center would become the new police headquarters.

Other capital projects planned for 2021 include improvements to the bridge at Rosenberry Road over West Branch of Swamp Creek; and body cameras and two replacement vehicles for the police department.

Parks and recreation projects funded in the 2021 budget include "a new filter for the pool and replacement concrete pads on the pool deck at Hickory Park; a storage shed to house storage currently at the Recreation Center and installation of a trail along Dotterer Road near Windlestrae Park, pending grant approval."