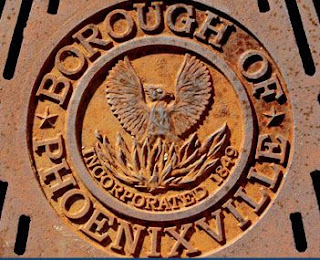 Blogger's Note: The following was submitted by the Borough of Phoenixville.

The Borough of Phoenixville has been awarded grant funds from the Chester County Department of Community Development in the amount of $500,000.
The grant, issued on Oct. 13, will be used for the next phase of the downtown streetscapes revitalization project.

“The goal of our streetscape project is to give an identity and sense of place for residents, visitors, shoppers, and commuters to live, work, and play,” said Borough Manager E. Jean Krack.

These funds will be used to update Gay Street between Bridge Street and Church Street by:
This portion of the streetscapes revitalization will be a continuation of the updates made to Bridge Street in 2013.
“The streets of Phoenixville play an important role in the livability and character of our neighborhoods and commercial areas," said Assistant Borough Manager Kelly Getzfread. "A safe streetscape plays a vital part in the economic success of Phoenixville especially in our historic downtown area and the small business located in that area.”
Posted by Evan Brandt at 12:00 AM